Phase diagrams predict the phase of a substance at a certain pressure and temperature. 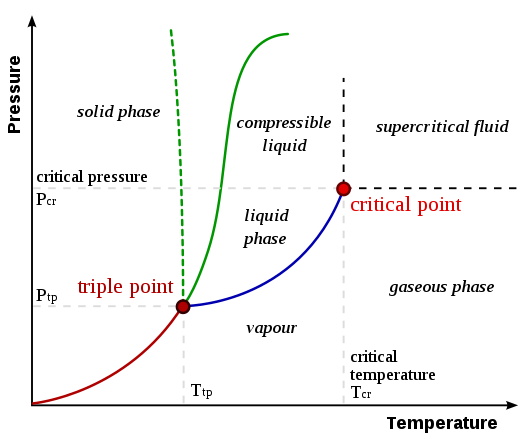 The critical point is the highest pressure and temperature that the three normal phases can exist. Any further, and the characteristics become a blend of liquid and gas. 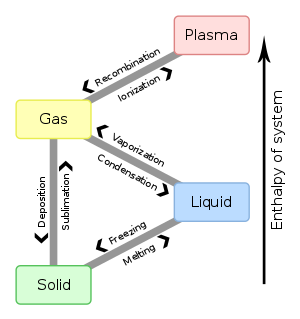 If the temperature and pressure change and move across a line in the diagram, the phase will also to change. There are six ways this can happen:

The diagram on the right also shows the plasma state of matter. A plasma is simply a gas that has been completely ionized, so that there is a mixture of positive ions and electrons. It has interesting electrical properties, but it is not important in the scope of General Chemistry.

If you boil water, it never goes above 100 degrees Celsius. Only after it has completely evaporated will it get any hotter. This is because once water reaches the boiling point, extra energy is used to change the state of matter and increase the potential energy instead of the kinetic energy. The opposite happens when water freezes. To boil or melt one mole of a substance, a certain amount of energy is required. These amounts of energy are the molar heat of vaporization and molar heat of fusion. If that amount of energy is added to a mole of that substance at boiling or freezing point, all of it will melt or boil, but the temperature won't change. 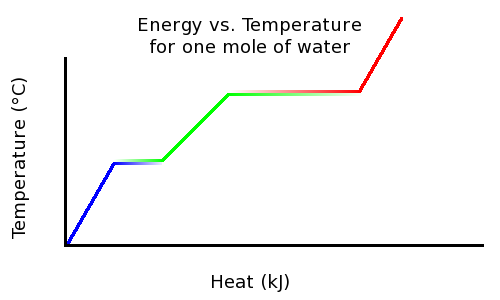