It exposes students to classic works of fiction and nonfiction, including epics, legends, poetry, histories, novels, and drama from early Anglo-Saxon texts to post-modern pieces. 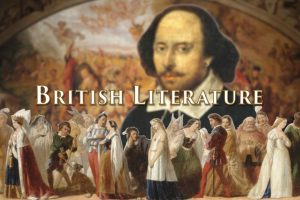 In addition to the study of literature, the course includes four units focused on writing to give students practice in critical thinking which they translate into written analysis.

A strong addition to the writing units is a detailed step-by-step guide through the process of writing a research report, reinforcing students’ preparation for their future in college and/or career.