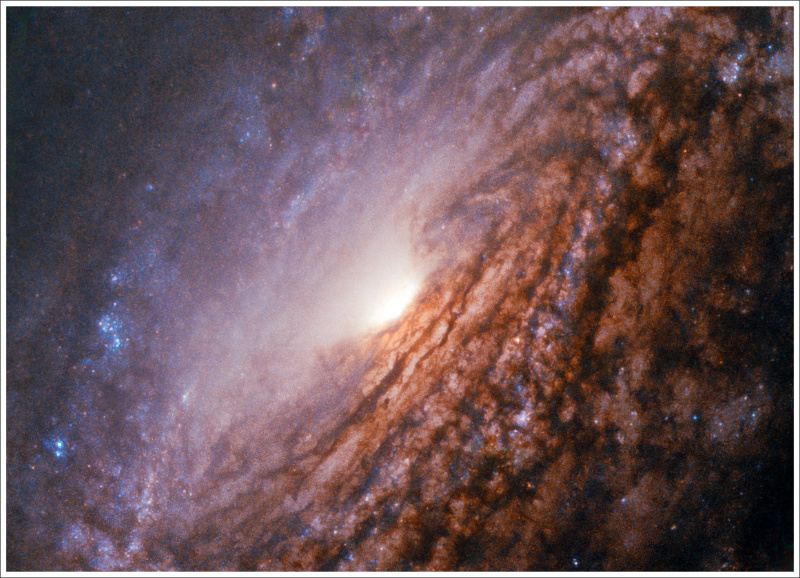 “Equipped with his five senses, man explores the universe around him and calls the adventure science. … Science is the one human activity that is truly progressive. The  body of positive knowledge is transmitted from generation to generation.”

Edwin Hubble is acclaimed as one of the great scientists of this century — one who was able to see what others looked for but didn’t see. Because of his vision, he was a catalyst for a more sophisticated exploration of the universe, inspiring the creation of a deep-space telescope to see beyond what our earth-bound instruments could show.

The Hubble deep space telescope is a story in and of itself. Because of the error in the grinding of the lens, causing all the images to be out of focus, NASA had good cause to scrap the multi-billion dollar project and cut their losses. But they didn’t. After fabricating a corrective lens that was fitted over the faulty lens like “glasses,” NASA began receiving from Hubble fabulous images of never-before-seen objects in space, living up to and surpassing astronomers’ greatest expectations. What began as one of NASA’s biggest failures turned out to being one of their greatest successes.

In my own experience, I’ve found that that’s how a lot of things are in life — you can pull a failure out of the fire and achieve some of your greatest successes. And I think that’s a great attitude with which to tackle life. Students can do that in their schoolwork. Teachers can do that in working with struggling students.

With so many of these problems, we reach what seems to be an insurmountable obstacle. Yet, so often it is right after it becomes almost impossible to move forward that success is hiding. Those, like Edwin Hubble, who make a big difference are just men and women like us, all doing their part against great difficulties. That’s what great people do.  – Roger Billings

Edwin Hubble (1889-1953) is regarded as one of the most important astronomers of all time. His contributions include the role he played in establishing the fields of extragalactic astronomy and observational cosmology and his discovery that many of the clouds of dust and gas that had been thought to be nebulae were actually galaxies beyond the Milky Way. One of his most significant contributions was the evidence he provided that the recessional velocity of a galaxy increases with its distance from the earth. This important property has become known as “Hubble’s Law.”