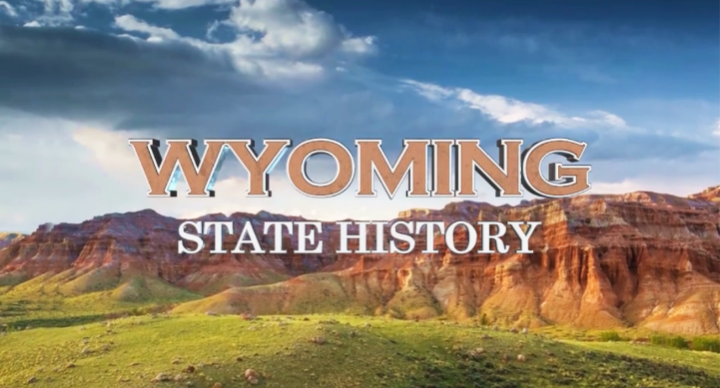 Acellus Wyoming State History is an elementary-level course that covers the long and colorful history of a state that has known dinosaurs, native Americans, mountain men, and cowboys, as well as missionaries, wagon trains, the railroad and the pony express.  Wyoming history has known outlaws and lawmen, statehood and miners, and today is an important part of the United States story.  Geared for students in 4th grade, the course is taught by Acellus Instructor Alice Kerns who is also a teacher, historian, and resident of Wyoming.

Unit 1 – Prehistoric Wyoming and Indian Tribal Life In this unit students enjoy a broad overview of the history of Wyoming. They learn about dinosaurs there. They study the first humans to arrive there. They explore the period known as the time of hunger, and they investigate the mysteries found in the mountains of Wyoming, such as the teepee rings. Next students investigate how Native Americans hunted buffalo without the help of horses. They learn about bisons. They explore how the introduction of horses changed life in Wyoming. They study the everyday life of the Native Americans, as well as their customs, traditions, and culture. Unit 2 – Explorers, Mountain Men, Missionaries and Trails Across Wyoming Students explore the Northwest Passage and the first Caucasian explorers to arrive in Wyoming. They study what it was like to be a mountain man and investigate several famous mountain men and missionaries who explored Wyoming. Students discuss what it was like to move to Wyoming in a wagon train. They investigate the wagon and the food that were needed, as well as what everyday life in a wagon train was like. They explore the trails from Independence to Fort Laramie, and from Fort Laramie to Fort Bridger, as well as the Mormon Trail. They also study the dangers and hardships of life on the trail. Unit 3 – The West is Changing Next students learn about Muleskinners and Bullwhackers -- the men who worked supply caravans along the Oregon Trail. They learn about travel by stagecoach. They study the Pony Express and the development of the transcontinental telegraph. Following this unit students are presented with the Mid-Term Review and Exam. Unit 4 – The Iron Horse Students begin this unit exploring the dream of connecting the East and West coasts of the North American Continent with a transcontinental railroad. They discuss the two railroad companies that took up the dream and the challenges that lay before them. They investigate the various tasks involved in building the railroad and the skills that were required. They examine the difficulties and solutions encountered by the Central Pacific Railroad, and compare them with those of the Union Pacific Railroad. They study the effect the railroad had on the towns it passed through in Wyoming. They review the stories surrounding the final celebration when the two railroads met. They consider ways that the coming of the railroad impacted the Native Americans and what they did about it. Unit 5 – Clash of Cultures In this unit students study the struggles between the Native Americans and the white people who were moving into Wyoming. They investigate the Fort Laramie Treaty of 1851. They learn how the Grattan Massacre started a 20-year war that continued with the Bloody Bozeman Trail, the Platte Bridge Fight, Red Butte, and the Powder River Expedition of 1865. They explore the Sawyer Expedition. They discuss Fort Phil Kearny, that was designed to protect the white people who were traveling through Wyoming on the Bozeman Trail. They consider what it was like to be a soldier who fought to protect the travelers. They examine the Fetterman Massacre and Portugee Phillip's Winter Ride, as well as the Wagon Box Fight and the Fort Laramie Treaty of 1868. Unit 6 – The End of the Battles Students continue their study of the war between the Native Americans and the white settlers. They begin by considering how the desire for gold among the whites impacted the situation. They explore the Battle of the Rosebud, the Battle of Little Big Horn (Greasy Grass), and the Dull Knife Battle. Finally, they discuss Chief Washakie, who was instrumental in bringing the war to an end. Unit 7 – Outlaws and Others Next students investigate what it was like to live in a place without law. They explore the danger of bringing law to Wyoming, and why it was dangerous to be a lawman at that time. They learn some of Wyoming's interesting outlaw stories. They study the Wild Bunch, the Pinkertons, Wild Bill Cody, and Calamity Jane. Unit 8 – Cowmen, Sheepmen and The Johnson County Wars In this unit students study how Wyoming came to raise cattle. They explore the cattle trails. They learn what it was like to be a cowboy on the trail, and the dangers they encountered. They investigate the equipment cowboys used, what a cowboy looked for in a horse and what a cowboy's horse had to do. They discuss the dangers of the trail. They examine the difficulties of the early cattle industry. They scrutinize the invasion of the Cattle Barons and the Johnson County Wars. They consider woolybacks, homesteading, and everyday life in Wyoming. Unit 9 – Statehood, Wyoming Government, and Natural Resources Finally students follow the story of how Wyoming became a state. They learn why it is called the equality state. They explore the importance of mining, agriculture, and tourism in this state. They investigate the things that are unique about Wyoming. Following this unit students are presented with the Final Review and Exam.
This course does not have any sections.
ElementaryGrade 4Social Studies 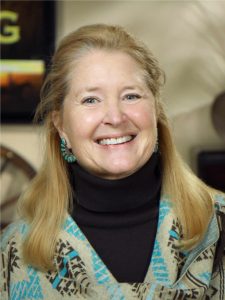